As a professional in child care and child psychology, as well as a mother, I have spent countless hours observing children out and about in the community. I do this not with a filter of judgment – I am certainly not perfect in my child rearing abilities and would never expect anyone else to be – but with a curiosity and interest that comes with genuine passion.

During these times, I have seen it all! I have seen flustered adults with tantruming toddlers, demanding children with complacent relatives, attentive nannies with obedient children and every other combination that you could imagine. I have also BEEN in each one of these situations at one time or another, if you can believe it.

And, it just so happens, I have gotten quite a few compliments on my kiddos and their behavior while we are out in public (not to diminish the looks of encouragement and solidarity when the meltdowns and breakdowns have happened). While I am very proud of these remarks from friends, family and even strangers, I have a bigger message than a smile and a “thank you” can convey.

The message involves the journey it took to get to that compliment. The hundreds of times it took to reinforce an expected behavior. Our planning ahead by teaching them to follow directions cooperatively from the get-go. The practicing at the home dinner table for the times that we would be out at a restaurant. The explaining and teaching of expected behaviors over and over, every time, until they became second nature. And the tools that we can use for all of this to happen.

So today, I want to talk about consequences; how they help us raise better kids and enable us to be better parents.

When I work with a family who has a toddler or preschool aged child who is “acting out” at bedtime, I cannot look at just that moment of the day in a vacuum. And that is because I have come to figure out that many of these kiddos never have to face any consequences throughout the rest of the day. So how can we expect that they would just fall in line right at bedtime?

Even if their wanted behavior is rewarded, their unwanted behavior is not addressed (essentially ignored or distracted from) or even rewarded …. unintentionally. You may think that getting upset at your kiddo for their misbehaviors is enough of a deterrent, but it can actually be reinforcing them. The anger and frustration that you express is giving them attention, even negative attention. And if you have a little one looking for attention, they will take it in any form they can get.

So, while your child is working on the hard lessons at this age involving emotions and expectations and behavior, they also need to be guided and taught. Kids should have the freedom to learn and explore feelings, and how to cope with them. But that freedom should be confined if they are throwing toys or hitting siblings. It is our job to teach them about the consequences that their actions have.

And the truth is, toddlers are secretly looking for the rules and boundaries to help them build their expectations of the world around them and how behavior works. Every child I have ever known or worked with has been a little happier and a little more at ease in a world with some structure and boundaries. While it is fantastic to give your little one some free reign with choices and decisions, too much freedom in that direction can be hard for young children to navigate. And the lack of direction or expectations

My personal viewpoint on consequences at this age is the idea of NATURAL CONSEQUENCES to their actions. This is the idea is a way to show them how the behaviors and actions they chose will have a natural outcome. So if a tot decides that they would like to hit the dog with the toy truck, instead of using it in a kind way, then the toy truck will no longer be available for them to use. Of course, I recognize that there are many functional strategies to help a child learn about the boundaries of their behavior. So however you decide to apply consequences in your home can work wonders for you, especially if you keep a few things in mind.

Teach the rule: First and foremost, you have to make sure that you TELL (and/or show) your little one the rule and behavior expectation you are working on. Your calm little infant may have just become a toddler who realizes that throwing a toy at the do, or bookshelf, or down the stairs elicits a large reaction and they find that fascinating. So, before you expect them to NOT throw the toy, you should clearly define that the toy can be used appropriately and not destructively.

Give a warning: Even if your little one knows that what they’re doing isn’t allowed, I always like to try to give one warning before implementing a consequence. For the most part, it’s best to make sure they know that what they’re doing will earn them a reprimand if they keep it up. And their memory and attention span could likely be paralleled with a gold fish … they may need quite a few reminders to get that thought to stick!

Describe the consequence clearly: Your little one should know what the consequence of their choice is so they can make an informed decision about that choice. I know this may sound like a huge expectation for a 2 year old (just like adults are expected to make informed/educated choices when they vote) but you are laying the foundation for this natural consequence to help them build logical connections. Tell them “if you throw the toy at the dog then the toy will be taken away” so that they can learn to connect the instructions to the outcome.

Just do it! Don’t hesitate to follow through on the consequence! Your little one wants (and needs) you to be confident when you put the consequence in place. Your self-confidence is going to reflect as their confidence in you and your ability to control what is happening around them – in their safe and secure environment. And don’t ever threaten or warn of a consequence that you are not willing to follow through on. Then the warnings and boundaries just become “empty threats” that your child will not take seriously. I have heard from parents who told a child that they would lose something “big” (like cancelling a birthday party) for their behavior choices but parents are not actually willing to follow through (who wants to disappoint guests and lose the money and time that it took for preparations), so the child learns that they can just get away it. So as soon as they throw the toy at the dog, then pick it up and take it away (out of reach/access).

I totally understand that none of us want to be the “bad guy” when it comes to our kids. We all want to have a perpetually loving and happy relationship with our kids. But I think the mindset around enforcing consequences needs to be shifted from away from the fear of upsetting our children to the goal of raising kind and cooperative people! Think into your child’s future and put these situations into perspective. If it is ok for them to throw a toy at the dog without consequence, then this could translate to throwing a stapler at a co-worker. Would you consider that to be a person who you would want to interact with? And what kind of consequences might that person have for their actions? 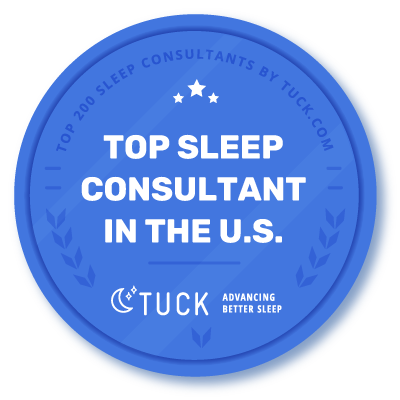 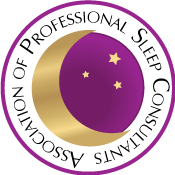